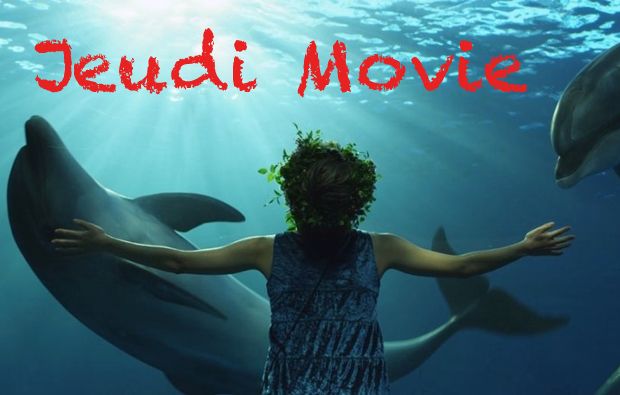 You don’t have so often, not even one time per month usually, a crush on a film. Especially if you pick only among Korean recent films. Indeed, it’s been really a while since I was not really enthusiastic about a Korean film. Recently I found myself to enjoy more some blockbusters such as Masquerade or The Thieves than the indie films I once supported.

Dear Dolphin, first feature of a female director That’s why I saw Dear Dolphin 환상속의 그대 not only with pleasure, but also with relief. Yes, the Korean indie scene can still reinvent itself. This film stand out clearly among the Korean Competition in Jeonju Film Festival, as the other ones had many failures to be at a high level. Why Dear Dolphin is so impressive ? Because it’s moving to tears without being cheesy or easy, because it’s a first feature (and also, by the way, from a female director, Kang Jina 강진아) which compete, on the levels of both professionalism and inspiration, with guys like Michel Gondry or Park Chan-wook. But the director that comes also to mind is another first timer, Richard Kelly, when he made Donnie Darko. These guys have in common with this Korean girl Kang Jinah to have an endless belief in the power of both the pure melodrama (“it will be sad and you will cry”) and the pure cinema to tell very personal subjects.

Endless belief means endless narrative possibilities. In Dear Dolphin, a dead person (don’t worry about the spoiler, she dies at the fifth minute or so) will be present most of the movie, she will swim with dolphins, and her former boyfriend will be poured with water than rains only on him or will have his house destroyed. All of this to express feelings. Exactly like Park Chan-wook suddenly put a giant cockroach in a subway in Oldboy, Michel Gondry made sceneries change around the character of Eternel Sunshine, or Richard Kelly, in this mythic opening and closing sequence of Donnie Darko, threw a plane reactor on the house of his hero, in a non budget first feature film.

Some of the sequences of Dear Dolphin are a bit like that, truly impossible to forget. Another unforgettable thing is the dead girlfriend. In the pure sense of the world, she stays in mind. She’s depicted in a few sequences as the most simply adorable, lovable and joyful person you could ever find. When she disappears, the boyfriend just cannot believe she’s not here anymore. So she’s still here. It looks easy to achieve romantic sequences. It can turn itself to be the most delicate balance between being naïve and profound. Dear Dolphin tells us that somebody who’s been loved will be dead only when those who loved her accepts than she’s dead. The best friend of the dead girl cannot also overcome the despair. Her and the ex boyfriend will try to built a fucked-up love story based on mutual lacks, and the film goes actually like that: Kang Jina is indeed “trying” to dig so much into her subjects, grievance and despair.

Her storytelling relies few on dialogues and can be surely understandable without subtitles. One default of is that it could seem sometimes repetitive. There is indeed, as in so many Korean films, some flaws in the script, a lack of development, but the film manage to overcome roughly every sequence. The three main actors are astonishing in very difficult partitions in their kind. 한예리 Han Hye-ri is indeed unforgettable a character that could be, in the Korean cinema, as memorable as her friend “Sassy Girl”.

Dear Dolphin is a marvelous revelation and more ambitious than ausual first Korean feature until its exquisite choice in music, very rare in these times of indie films poured with cheesy piano scores. Even until the marketing material, with this idea of a card you hang on your door in

hotel asking “don’t disturb”, turned into “please disturb me again” and “don’t leave me alone” which can be the inner thoughts of the male character. But we have to warn that it is, until the end, a more or less restrained ocean of sadness feeding a river of tears. But this river carries some sense, that can touch deeply and makes you think a while about what the closest person in your life means to you, and how you would cope if this person disappears. http://www.youtube.com/watch?v=-NrUCXteO-U